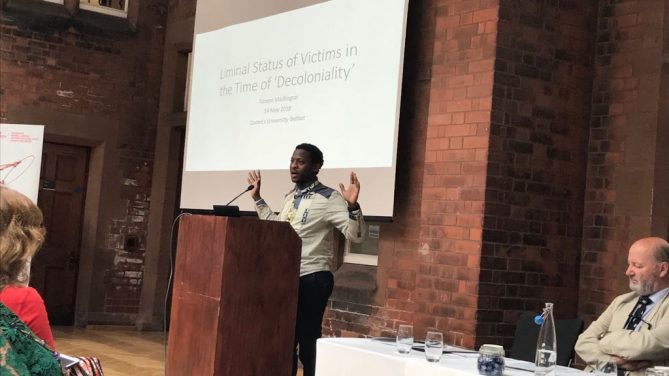 Panel Three, ‘Victims, Legacy and the Media’ brought together Anne Cadwallader, Alan McBride, Andree Murphy and Paul Gallagher, each reflecting on their own experiences with the media in Northern Ireland. This insightful panel was chaired by Susan McKay.

Panel Four, ‘Victims, Voice and the Media’ continued this theme. Judith Thompson opened this panel, highlighting the work the QUB team have been doing on creating two sets of media guidelines – one on how best victims and survivors can engage with the media and one on how the media can best engage with and represent legacy issues. Judith underscored the importance of this work. Susan McKay who has been working with the project team to create both sets of guidelines then presented on their content. Draft copies of each set of guidelines were shared with the audience and feedback taken from the floor. 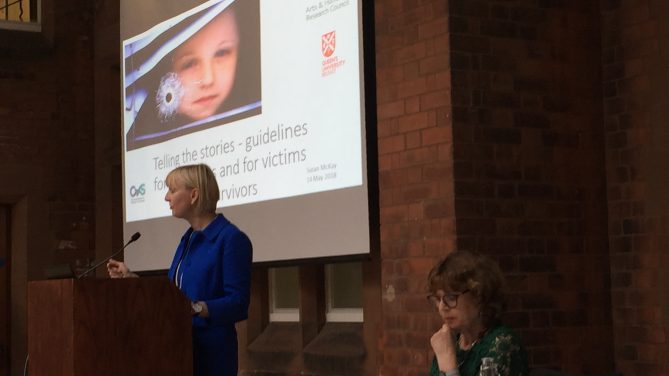 The project team would like to thank everyone attended and participated on the day.

This Queen’s University Belfast project will explore the intersection between victims and ‘dealing with the past’ in Northern Ireland, in particular through examining the themes of voice, agency, and blame.

Give us a call on:

Send an email to:

Write to us at: